The Arctic Club was a social institution for the men who returned from the Yukon gold rush after “striking it rich.” Though most who headed north found no gold, a small percentage did return to Seattle with more than just memories. The Arctic Club, originally located in the Morrison Hotel, provided an exclusive social community for those Seattleites who had returned from the Alaska Gold Rush with money in their pockets and a repertoire of stories to tell about their adventures in the Yukon.

I only heard about it when I met their sales and catering team at the Northwest Event Show a few years ago. I was aware of a bit of the background and had seen photos of the amazing architecture, so when i was invited to their Vendor Appreciation Party I was glad to attend. 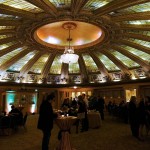 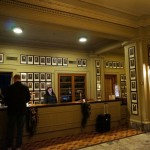 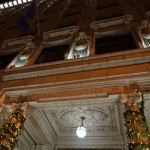 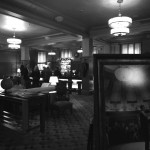 If these walls could talk…