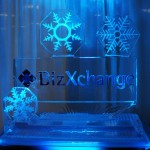 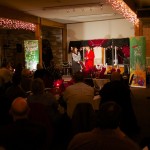 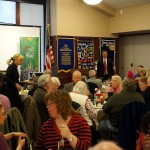 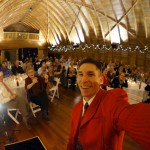 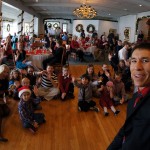 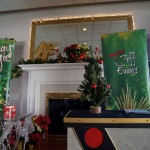 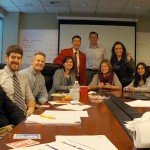 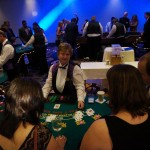 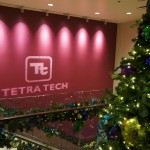 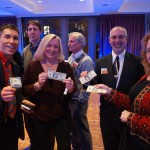 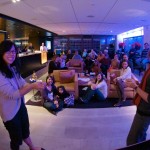 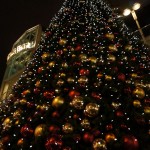 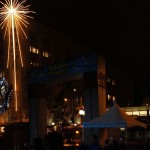 Downtown Seattle for the holidays 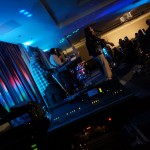 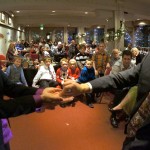 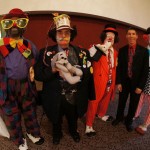 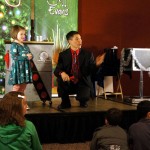 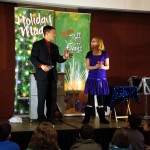 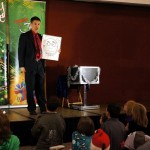 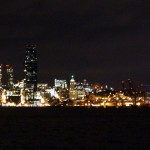 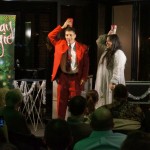 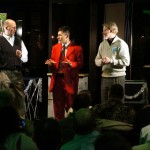 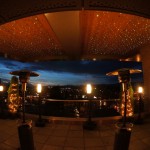 The Vue in Corvallis 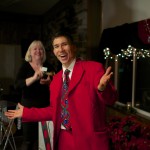 I don’t enjoy the long drives and commutes, but it is neat being able to meet so many different people and work in different venues each day. Each performance has its own history and story. Most of my clients are either repeat clients, saw me perform at an event, or heard about me from a friend. Some are long-time clients. For instance, I’ve been part of the Olympia Country Club’s Santa Breakfast nearly each year since 1998. Others are newer: the Federal Way Kiwanis hired me last year, had a blast, and wanted me to return this year.

The president of CCI, Ron, saw me perform at a church banquet earlier this year. He immediately called to book a show for his company holiday party. This was neat because I’ve been a CCI customer since 1998, and buy all of my sound system equipment from their company. (They have the best brands at the lowest prices and offer superior service. Learn more at www.ccisolutions.com.)

I have my friends Tiona, Marcelene, and Bill at the Seattle 5th Avenue Red Lion Hotel to thank for both the Tetra Tech and f5 holiday parties.  Both companies were hosting very large groups (several hundred each night) and wanted to add something interactive and unique to the evening.  I performed strolling magic as people were socializing, drinking, and enjoying some of the other attractions like Rockbot Karaoke (karaoke with a live band), dancing to Hit Explosion and more, gambling with Lucky Lady’s Casino Party, having their caricature drawn, going through the photo booth, and more.

Entertainment planners are also an important source of the mix. This past week I’ve worked with Pacific Rim Talent, Ed Shaw Entertainment, Class Act Event Coordinators, and Medina Entertainment Resources. It’s rare for me to work with so many event planners in such a short time, but this brings up the question, “Should I plan my company party myself, or hire an event planner?”  The short answer is, “It depends.”  The long answer will be covered in my next blog article!

It’s never too soon to start planning for YOUR next company holiday party in Washington.  To learn more, call Jeff Evans toll-free (877) 412-5064 or send e-mail to jeff[at]amazementproductions.com.