This past weekend I attended the Family Entertainer’s Workshop in Seattle. Magicians, clowns, jugglers, balloon artists, and musicians attended, primarily from the Pacific Northwest, British Columbia, and one from Denver, along with several I didn’t have a chance to meet.

The two days were packed with lectures, hands-on workshops, and performances.  Thanks to entertainers/presenters Steve Kissell (Virginia), DJ Ehlert (Wisconsin), and Dave Risley (North Carolina) for sharing their expertise.  No matter how many shows you do, it’s always good to “sharpen the saw” and bring back new ideas and inspiration.  And, it’s my chance to see a lot of my friends in showbiz.

The final event was billed as America’s Funniest Magician Contest. I performed my comedy hand chopper routine and won! Of course, since it was only open to registrants of the conference and eight people competed, I think the title Seattle’s Funniest Magician is more appropriate. 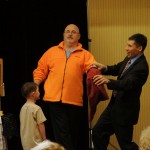 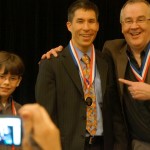 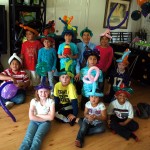 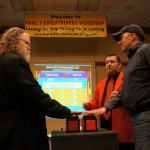 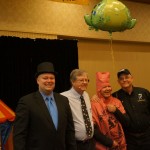 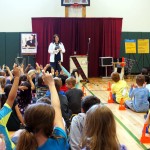 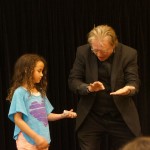 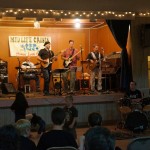 Bryden’s fundraiser at the South Bay Grange in Olympia 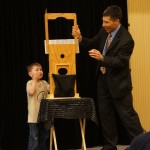 It was a busy weekend, with two shows Friday (a school assembly in Bellevue and a fundraiser in Olympia), then the conference Saturday and Sunday. I managed to sneak away to perform for a school carnival/auction on Saturday in Kirkland and a private party at JBLM on Sunday.

Learn more about my magic shows for parties and events in Washington state online or send e-mail to jeff[at]amazementproductions.com or call toll-free (877) 412-5064.