A ventriloquist, hypnotist, three jugglers, and four magicians – what is this, a county fair convention?  Yep, and let’s not forget the talking robot chicken and the guy with a dozen lethal animals in a semi trailer!

These characters and more descended on the Washington State Fairs Association‘s annual convention was held at the Pasco Red Lion Hotel.  Fair managers and board members meet for training, to share tips and experiences, and plan for the future.  Service members show their wares and meet with clients and prospects.  Entertainment showcases give performers a chance to show what they do live and in-person, a great way for entertainment managers to “try before they buy.”

I’ve been a member of the WSFA since 2000, but what impresses me most is how long many of the fair managers and board members have been involved with their fairs. It’s not unusual to talk with people who have been helping for decades. These people – whether paid or volunteer – are not doing this for the money, they believe in their fair because it has been an important part of their life. And, they are passionate about making sure that todays kids – and kids at heart – can continue to enjoy their experience at the fair each year.  That’s why I love getting to hang out with these fantastic people! 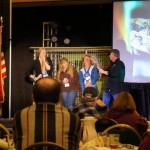 “Salesman of the year” Dave has convinced these three ladies to kiss one of his wild animals. 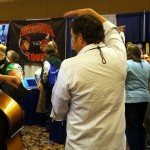 Fair managers and board members talk with suppliers and vendors 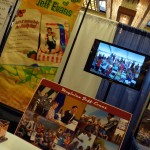 Whether strolling or on stage, Jeff Evans’ interactive magic brings family fun to your fair! 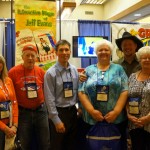 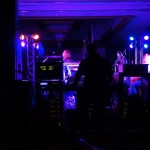 ProSound Audio and Impact Lighting did a super job of making all of the entertainers look and sound great. 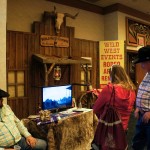 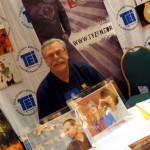 Greg and TEI showcased an act and books regional and national acts for fairs, casinos and more. 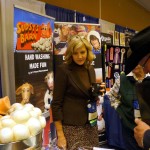 Elisa’s Sudsy’s Barn and Let’s Pretend Entertainment are featured at fairs and events throughout the nation. And she’s from little ‘ol Puyallup! 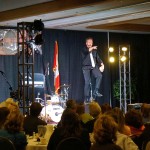 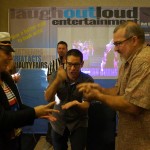 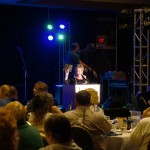 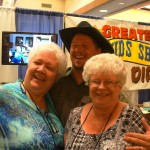 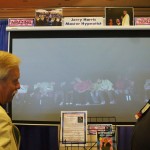 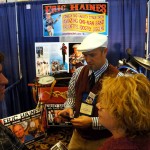 The multi-talented Eric Haines; funny, creative, what does this man NOT do?!? 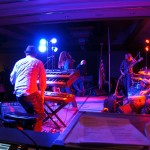 Cody Beebe and the Crooks rock the house 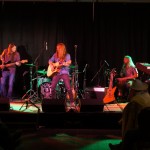 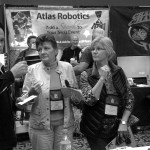 Brandon Cook on the tradeshow floor 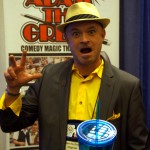 Adam is Great… but not so photogenic 🙂 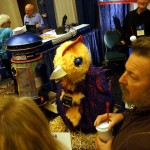 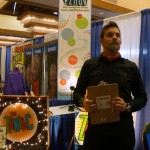 The all-new, hairier Alex Zerbe? Nah, Mike was just filing in while the Zaniac was performing.

The highlight of the convention for me was getting to emcee and open for Cody Beebe and the Crooks.  The played some favorites as well as their trademark roots rock sound and had people dancing in the aisles.  What was especially neat was that they had fellow musicians – both artists who normally perform their own one-man show – join them on stage for a couple of songs.  John Dunnigan (harmonica) and Brady Goss (electric guitar) made their showcase a jam session on steroids.

How popular were CBC?  They received an instantaneous standing ovation at the finish of their set.  That says a lot, as it came from a jaded WSFA audience that has pretty much seen it all.

As always, if you’re looking for an amazing show of clean comedy and amazing magic for your fair that makes the whole family want to be in the same place at the same time, e-mail me at jeff[at]amazementproductions.com or call me in Olympia toll-free (877) 412-5064.