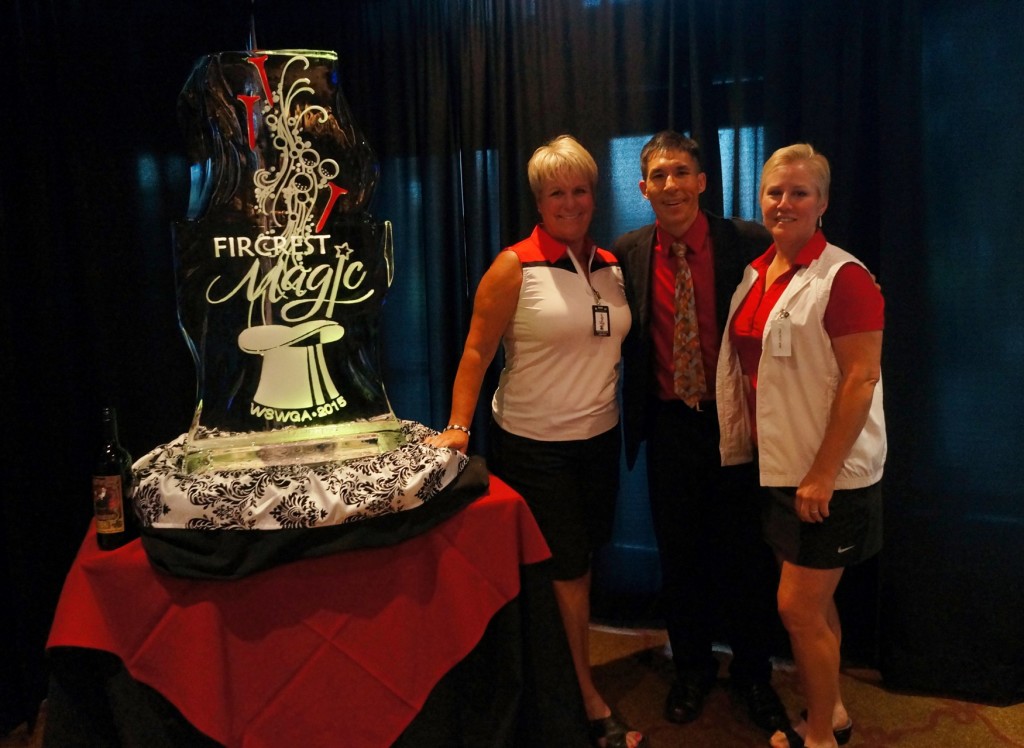 The Fircrest Golf Club in Tacoma hosted the 93rd annual Washington State Women’s Golf  Association (WSWGA) State Championship.  The golf and country club sits on 160 acres near Tacoma, Washington and was incorporated in May 1923.  The Fircrest landscaping team has the greens and fairways looking lush and in tournament condition.

“We had Jeff perform for our Washington State Women’s Golf Championship. He came the first night and did strolling magic and 2 nights later did a performance. Everyone loved his magic and comedy. I thought Jeff was wonderful and I especially was thrilled with his professionalism and communication with me during the planning period. I would highly recommend Jeff for your events.”
-Joyce Martin, Fircrest

“Jeff was absolutely amazing! We had the pleasure of having Jeff perform on 2 different nights, one was more informal where he roamed around and the other more formal where he put on a 30 minute show. He was very comfortable and dynamic with each venue. Everyone was completely mesmerized with his tricks and his touch of comedy was just perfect! He went way above and beyond our expectations! Will definitely use him again and highly recommend!!”
-Alisa Wilson, Tacoma

Read their comments – and more – online at Google+.  The theme for the week was “Fircrest Magic” and Tournament Directors Joyce and Alisa and did a fantastic job of integrating magic into, well, everything.  All participants received a beautiful glass plate engraved with their “Fircrest Magic” logo.  Magic-themed music played during the social hour.  Custom made magnetic ball markers commemorated the tournament.  Table centerpieces were magic and one evening a huge custom ice sculpture perfectly displayed their logo. 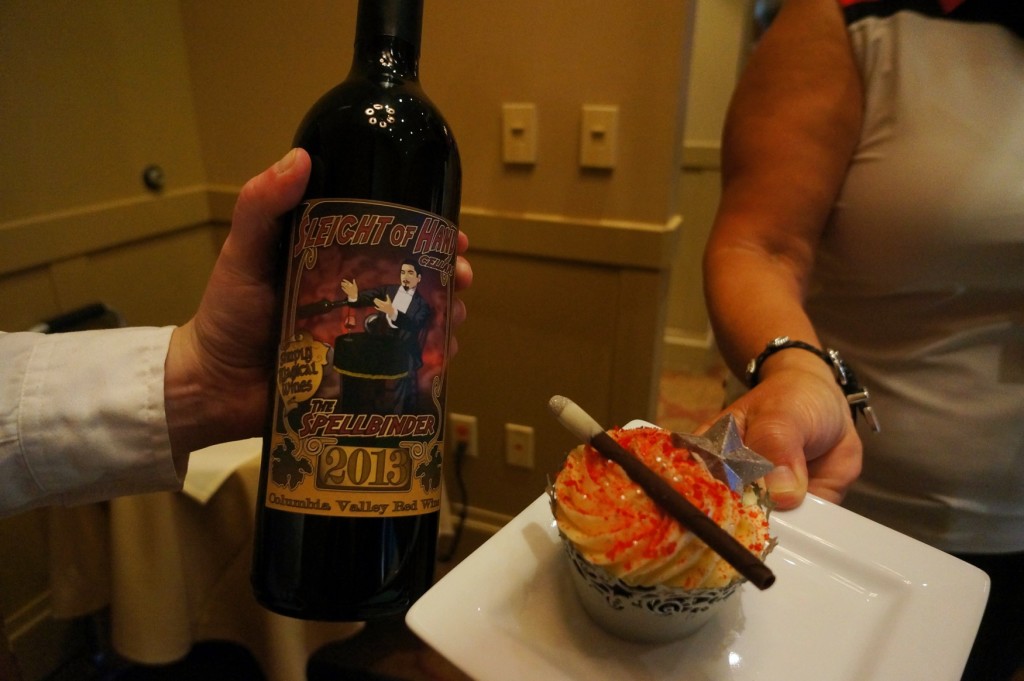 Monday evening I performed strolling magic for the women.  This was a social evening following the opening round and close-up magic is perfect for this environment.  Wednesday evening I returned and performing my after-dinner stand-up show.  It was neat being able to walk into the banquet room and see the new “friends” I made on the opening night. 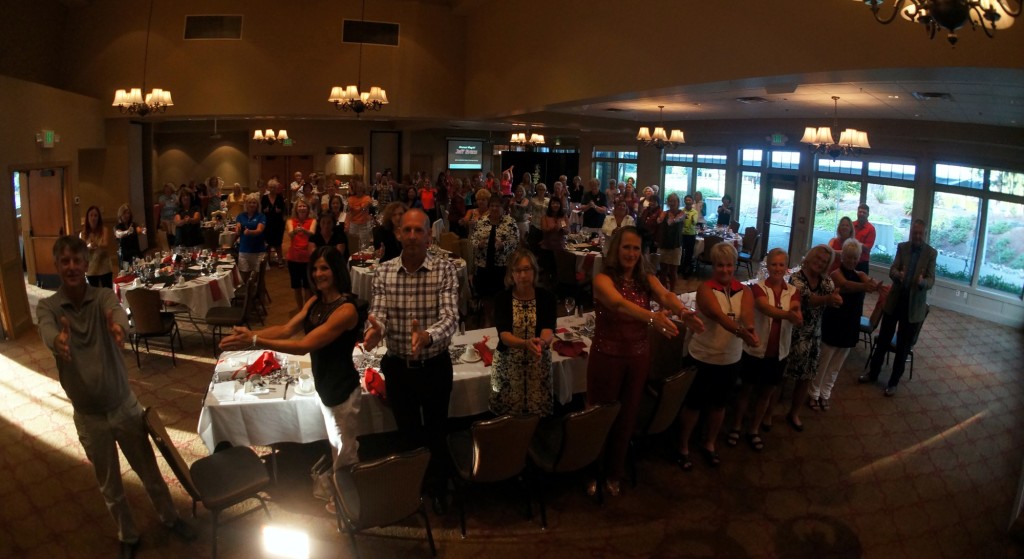 View from the stage at the Fircrest Golf Club ~ @amazement 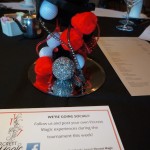 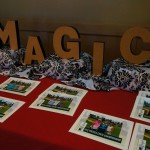 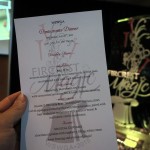 Could the popularity and success of this tournament be due to the magic theme? Hmm…

This golfer receives a special award for scoring a hole-in-one during the tournament. 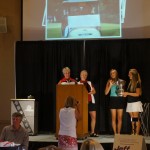 Golf is “the game of a lifetime”, and it was neat seeing young and more “experienced” receiving recognition 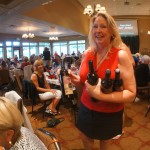 I got to catch up with some old friends from the Food & Beverage team at Fircrest.  I’ve performed for other events at the Golf Club, from client appreciation nights to the annual member Easter Egg Hunt and more.  Whether you’re planning a magic-themed event or just want to show your guests a great time they’ll remember long afterwards, contact Tacoma magician Jeff Evans toll-free 877-412-5064 or send e-mail to jeff[at]amazementproductions.com. 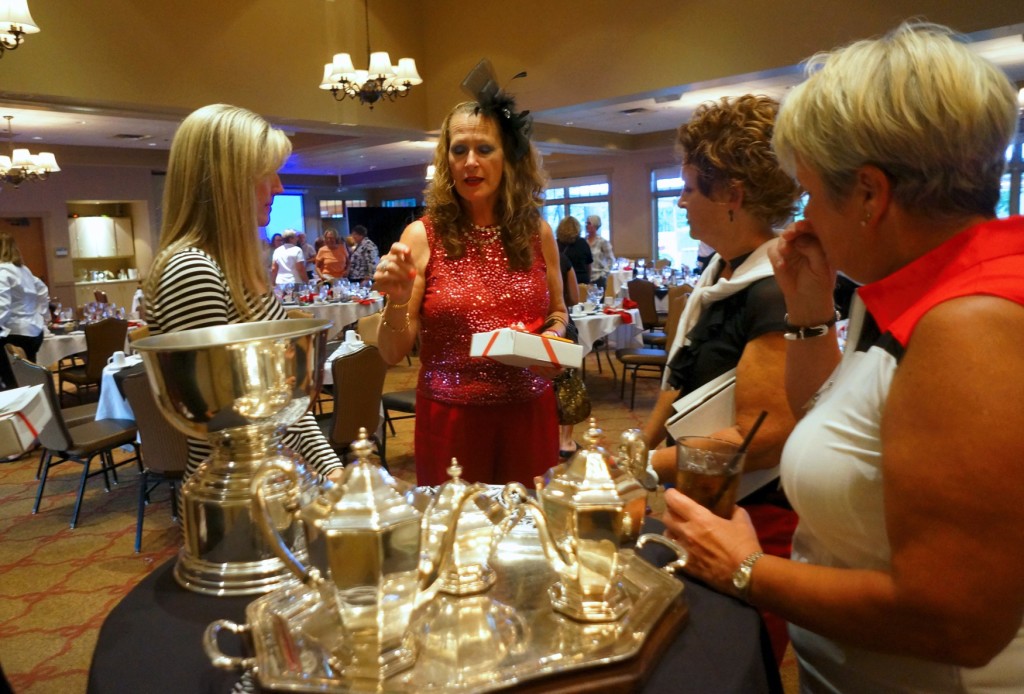 Afternoon tea with the Queen?  Nope; each of the silver items are trophies engraved with the names of previous winners.