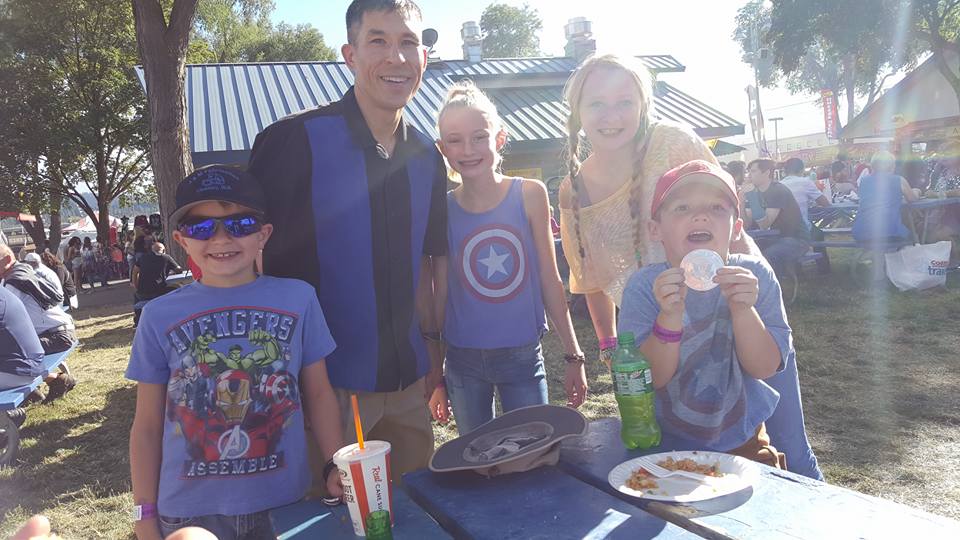 This was my third consecutive year being the official Spokane magician for the Spokane Interstate Fair. I performed both strolling magic about the grounds plus stage shows throughout the ten day run of the Fair.

It’s amazing how diverse Fairs are, as they span everything from ag to animals and art to high tech.  Imagine it, and you may see it at the Fair!  Rides on a camelid?  Check.  Big name concert acts?  Got it.  Souped-up tractors that sound like drag racers?  Yessir!  This year they even featured a SHARK exhibit.  A diver swims with nurse sharks in a huge tank and speaks with the audience during his presentation. 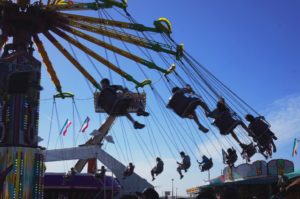 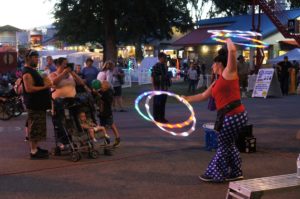 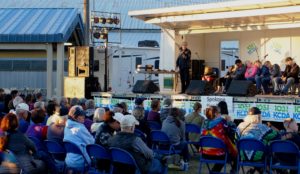 Hypnotist Mark Yuzuik has been putting fairgoers to sleep for decades 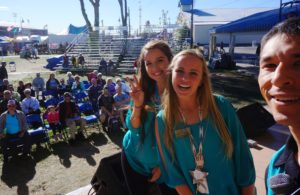 The Fair Ambassadors become part of the magic show 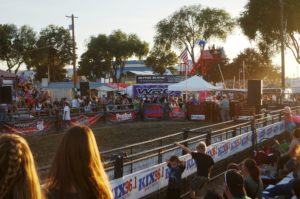 Mutton bustin’: kids grab hold of a sheep and hold on for the ride of their life! 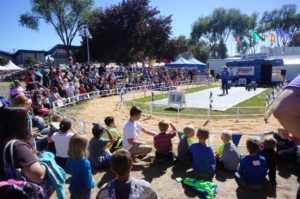 The stands were always full for the pig races

It was a nice surprise meeting several people – usually while strolling – who remembered me from previous years.  One teenager came up to me after my stage show and pulled out a dog-eared playing card with his name on it from his wallet.  He signed it and I used it in a trick last year, and he’s kept it in his pocket ever since!  Thanks to my magician friends Jon Bowne and Cecil Lewis for taking the photos of me on stage.  (It’s difficult taking my own picture!) 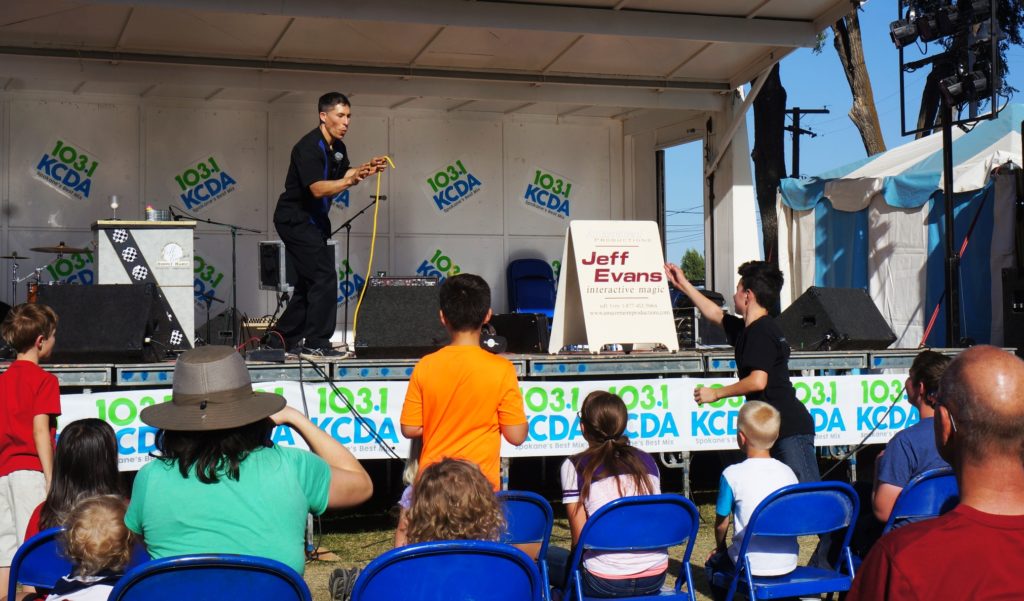 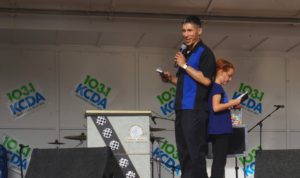 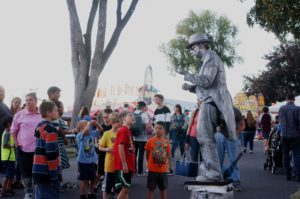 Statue Man was a source of intrigue, drawing attention without ever saying a word. 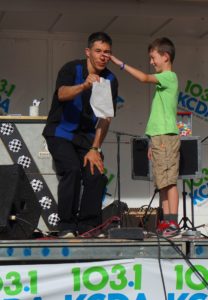 Jeff’s magic is very interactive, with volunteers participating throughout the show 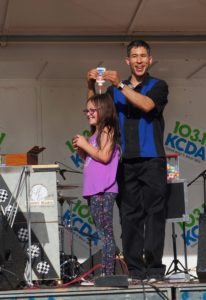 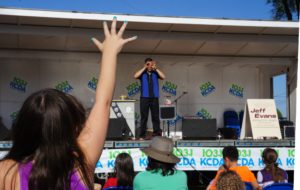 Looking for a volunteer from the audience 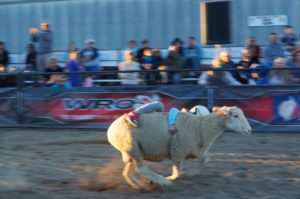 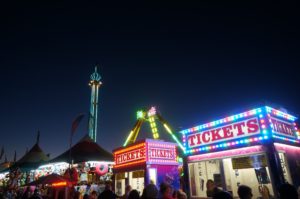 The carnival comes alive at night 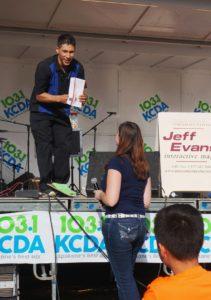 Magic or mind reading? Either way, people are fascinated by mentalism! 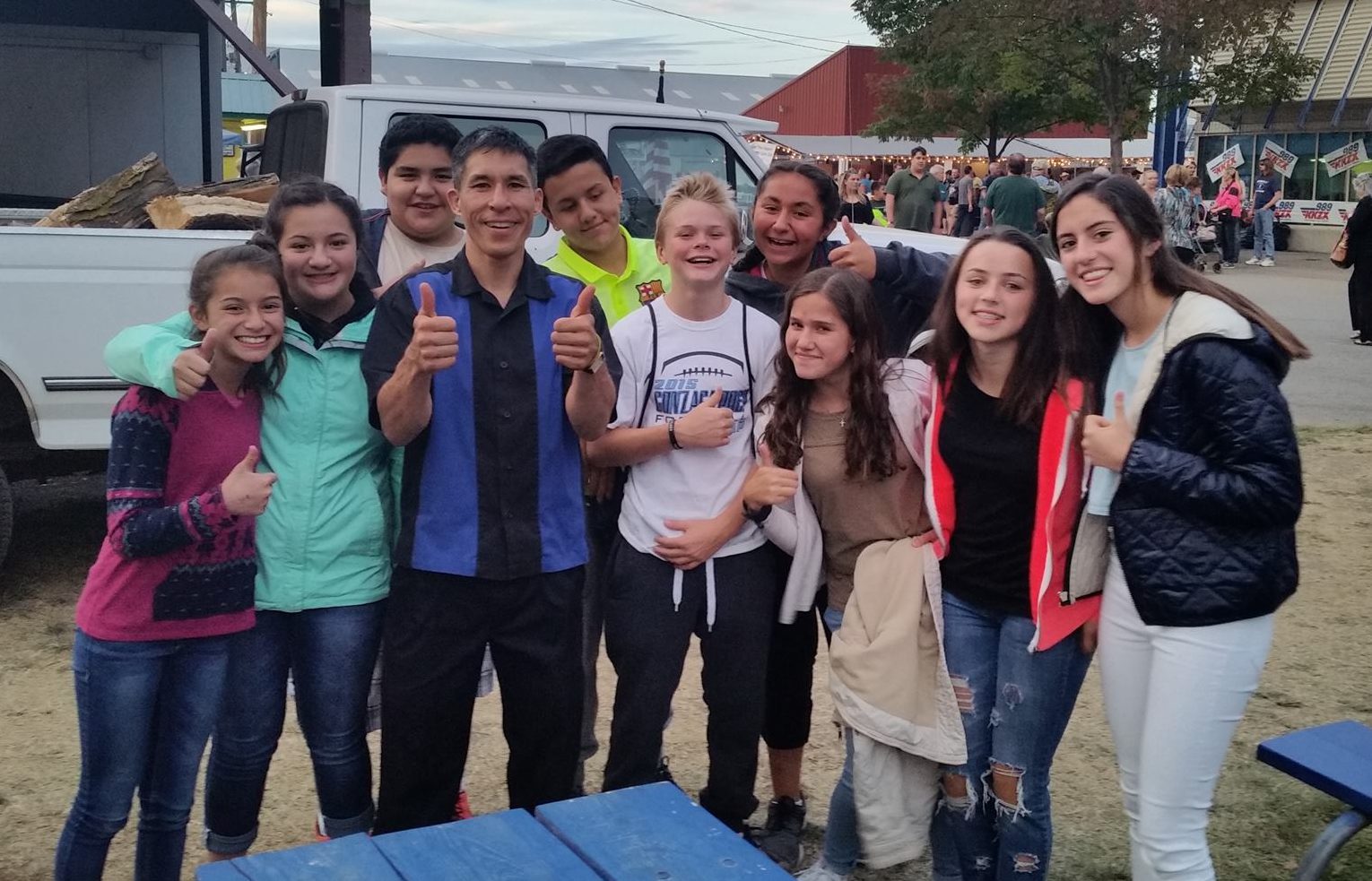 “It was great to see you again at the Spokane County Fair last night! Our grand kids and their friends (some who are exchange students from Mexico) thoroughly enjoyed the amazing magic you performed before their eyes! You helped make their Fair experience memorable! Thank you for the pleasure of your company!” AnneMarie DeCaro? 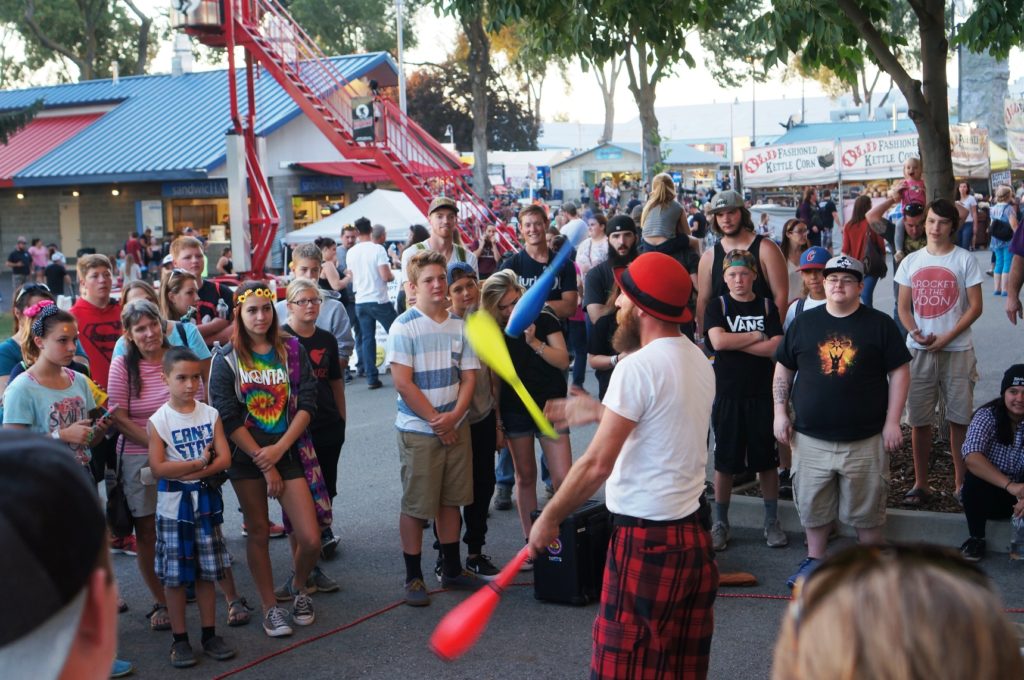 While I was performing I also met folks who saw me at the Grant County Fair in Moses Lake and remembered me from First Night Spokane on New Year’s Eve.  (All I remember from that evening is that it was COLD!)

Thanks Courtney for posting this nice review on Facebook:  “Saw him as the Spokane’s interstate fair and was blown away!”

Timing was perfect to take in the Washington State Chinese Lantern Festival at Riverfront Park which was an amazing spectacle of illuminated colors and artwork. 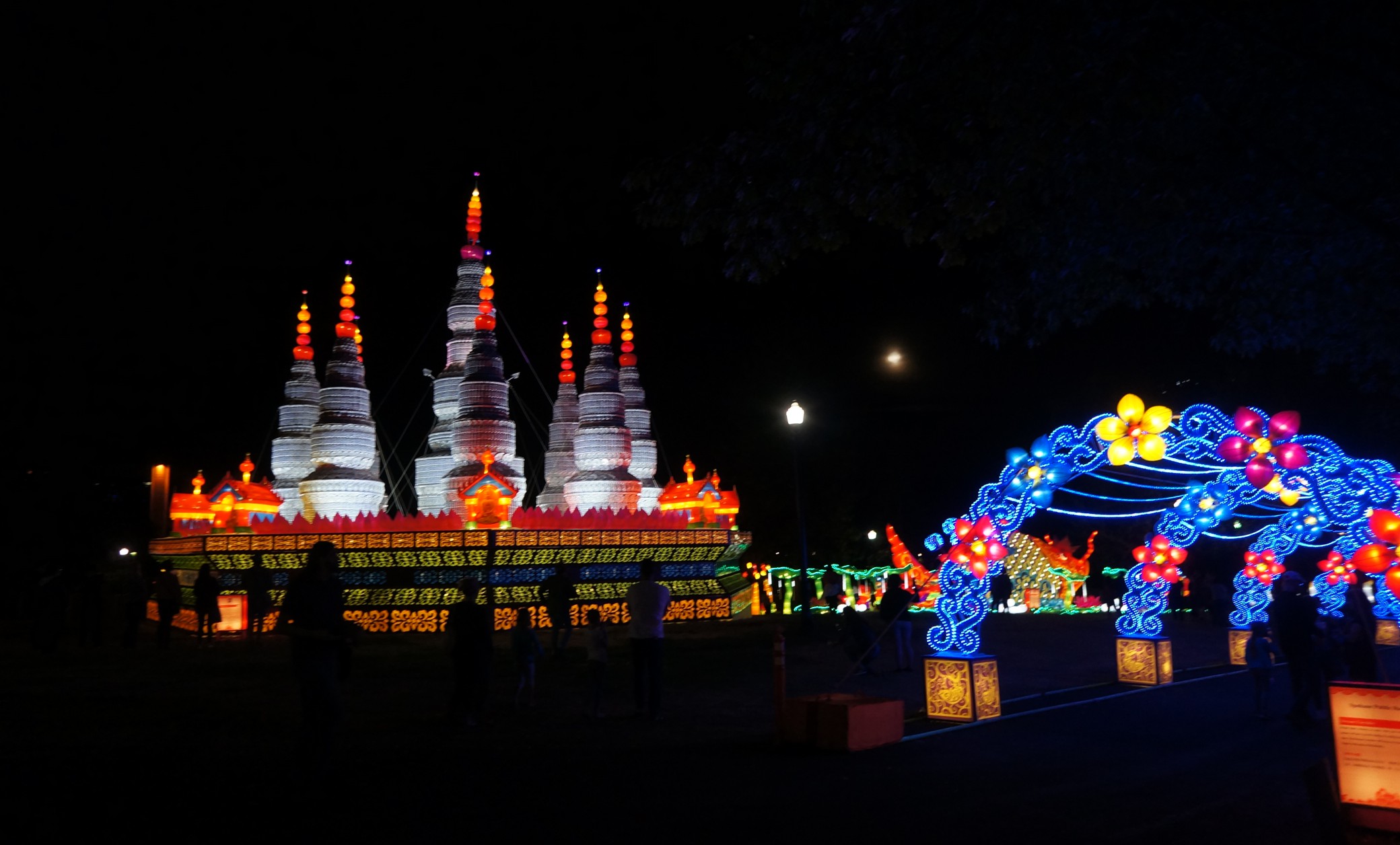 Pictures don’t do this justice; you have to experience it for yourself. 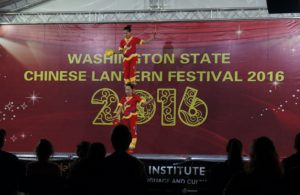 Live theater by Chinese martial artists, jugglers, acrobats, and a contortionist put an exclamation mark on the evening. 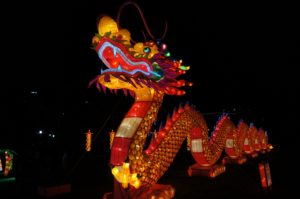 If you’re looking for a motivational-magic Spokane school assembly or great entertainment for your Spokane corporate party, call me, Jeff Evans, toll-free (877) 412-5064 or send e-mail to jeff[at]amazementproductions.com.