How does a magician learn the tricks of the trade? Each year I attend several magic lectures and two or three magic conventions. The Pacific Coast Association of Magicians (PCAM) convention is one of my favorites. It’s a traveling convention, held in a different city each year. The first one I attended was Calgary in 1997 (where I won the Bag of Tricks competition):  this year my friend and Seattle magician Brian Cook hosted the convention at the Seattle Marriott.

A magic convention is about as un-conventional as you can imagine. The “art” of magic – I use the term loosely! – attracts some unusual characters. You’ll see amateurs and pros alike hanging out in the lobby of a hotel at all hours of the day and night, showing each other their latest moves and sleights. When you get a hundred and twenty five professional tricksters in the same room, you never know what’s going to happen!

It’s also my chance to see a lot of magic friends that live throughout the western United States and Canada. As I wasn’t performing or competing, it was also a well-deserved break from a busy summer! The convention includes lectures, competitions (in different categories like comedy, close-up, stage, children’s magic, and more), and dealers who sell magic props. 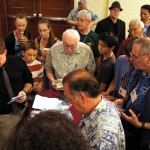 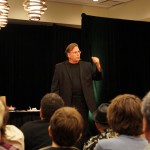 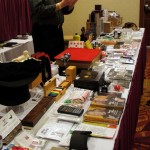 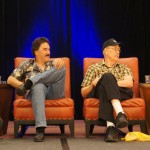 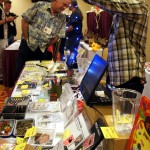 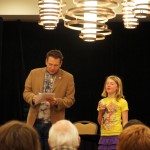 Attending this and other magic conventions is a great way to hit the “reset” button and renew my creativity and get fired up to take my own magic up a notch. Next year: PCAM travels to Bubank, California.