Several times each year I’m called on to perform magic for a Harry Potter-themed birthday party.  Around the time that the second book was being released I created a show called “Secrets of Wizards.”  Over the years I’ve performed it for many book- and movie-release parties at libraries and bookstores, as well as several time each year for kid’s birthday parties.  I’m a huge fan of the books myself, and obviously magic is hugely popular with kids (and adults) so it’s a natural fit.  https://amazementproductions.com/2010/10/harry-potter-themed-birthday-party/

“We had a Harry Potter birthday for our 9 year old son and Jeff did a wonderful job keeping twenty 9-year-olds entranced and interested during his performance. He kept the adults laughing while the kids watched open mouthed, amazed and curious at the same time.”
-Gwen Latkowski, Mercer Island

Last weekend I performed for Charlie’s 9th birthday party on Mercer Island (Seattle).  Charlie and his parents had decorated the house to make it look like a castle and different parts of Hogwarts.  When guests arrived they visited “Ollivander’s Wand Shop” to receive a magic wand. 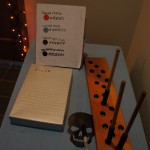 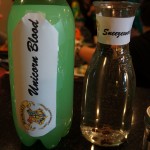 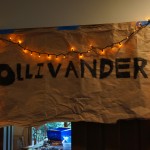 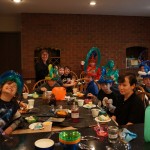 For more information about my magic shows for kid’s birthday parties throughout western Washington, visit www.mymagicparty.com, send e-mail to jeff@mymagicparty.com, or call me direct at (360) 412-5064.