It was a beautiful summer evening to drive out to the Key Peninsula. My friend Alex Zerbe and I just finished performing for a fundraising show at the Key Peninsula Civic Center. Thanks to Ed Taylor for sponsoring the show, and to all of the volunteers (James, Holly, Mark, and co.) for help with set-up and take-down. 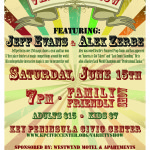 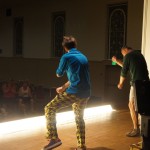 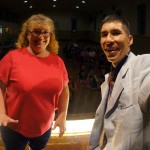 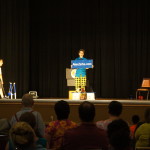 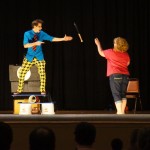 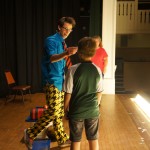 Alex is incredibly talented, funny, and creative.  And, he lives in Olympia, like me.  (Must be the water?)  Alex Zerbe is a two-time Guinness World Record holder who was voted Seattle’s Funniest Prop Comic. He has appeared on prime-time television in three countries including the hit NBC TV shows, “America’s Got Talent!” and “Last Comic Standing.”

Alex is a Hacky Sack World Champion, half of the award-winning comedy act, Brothers from Different Mothers, and, as if that wasn’t amazing enough, he was ranked Seattle’s 3rd Best Air Guitarist!  Audiences everywhere freak out in a good way when they see Alex perform.  Check him out at www.alexzerbe.com and tell him Jeff sent ya.