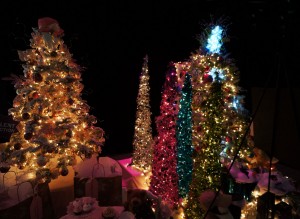 The Benefits of Corporate Entertainment for Staff

In times when many business owners feel that they are constantly counting the costs and watching the budget, one of the first casualties is often the Christmas party. The boss would argue that the company simply couldn’t justify or afford the expense and as such the affair would either be cancelled altogether or stripped back to the barest of bare essentials.  Although a cry of “Bah Humbug” may not actually be heard, it is implied.

However, many of the more successful companies who have survived the recession more or less intact have discovered that far from cancelling their holiday party, the best thing to do in the face of an economic downturn is to celebrate wherever and whenever possible.

When it comes to throwing a party, and hiring corporate entertainment for staff from a company like The CEP, there are a number of advantages. 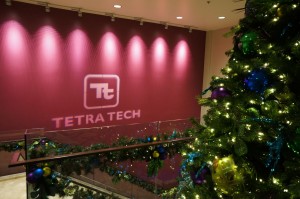 Although it’s no secret that times are hard, the staff have enough with the media constantly discussing just how hard times are without being told by the boss as well. Cancelling a Christmas party or calling off the entertainment is tantamount to giving employees notice that the business is failing. There’s no reason why corporate entertainment such as hiring a professional magician or Christmas themed party entertainers has to break the bank, especially as much of the expenditure is tax deductible but there are huge benefits in terms of staff positivity and productivity which can be received following the party.

There have been countless surveys which have discussed the benefits of loyal staff. Not only are loyal staff more likely to stay with their employer on a long term basis (thus enhancing the consistency of the work produced) but their work is likely to be of a higher standard. Employee loyalty can’t be bought with a strong salary – though this help! – but is more likely measured by the efforts the business takes to reward their staff for good work and long service. While some businesses might use bonuses or praise to do this, the businesses more likely to be successful in inspiring employee loyalty are the ones who use celebrations to prove their gratitude.

Live music & more for the Multicare Hospital Festival of Trees

Strong friendships and relationships are often built on shared memories. Ask any set of friends what bonded them in the first place and what has kept them bonded and it’s likely that they have some stories to tell. Teams within the workplace tend to bond in the same way – over shared memories. While different people are often forced by circumstance or necessity to work together as part of their jobs, experts believe that those people who work in a team because of a genuine affection or relationship within the team are more likely to be successful and productive. Therefore, any efforts which their employer or manager can take in order to build and develop that team are more likely to reward them in the long term. The shared memories of a particularly eventful (for all the right reasons) festive party or the entertainment which was provided could be essential in terms of building the team and enhancing their productivity.

1 Response to Corporate Entertainment for your Office Christmas Party