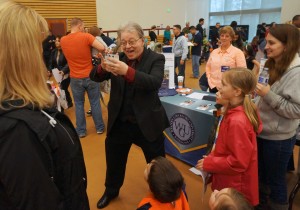 People watching Rick Anderson are pleasantly surprised to realize that they are watching world-class close-up magic.

The Ranger and NW Airlifter newspapers presented a military support event for service members, spouses, and children of active n reserve forces in the South Sound.  The event was sponsored by Diono and co-resented by the Washington State G.E.T. Tuition program, Bruce Titus Automotive, and Seattle Children’s Hospital.  They expected 600-800 families to attend during the day, and based on the packed exhibit areas, I’m sure they met their goal!

I performed magic for the Pierce College Puyallup campus a few months back, but it has been five years since I was at Pierce College Ft. Steilacoom to entertain for one of their student activities.  The Athletic Center may have been built, but I know that the Science Dome wasn’t… because I would’ve tried to get in!  Either way, the college looks a lot better than it did when I attended as a student.  Congrats to Ken Swarner, Publisher of The Ranger and NW Airlifter, for putting together an awesome day for the local military families! 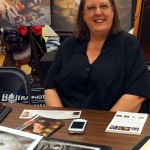 Debora (and Rick!) have been taking creative, professional photos for me for -yes- decades! 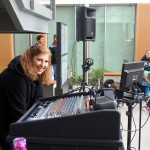 Leanna Mason and Entertainment Masters is very active in the community, particularly at Pierce County festivals and events. 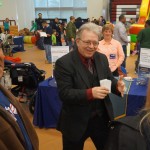 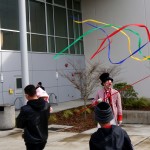 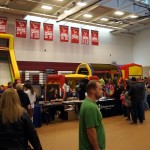 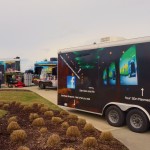 The whole Amazement Productions team was there; I was there for the noon hour, and my business partner, Rick Anderson, was there for the whole duration .  Nothing makes waiting in line more fun that close-up magic!  Learn more about entertainment for events in Tacoma at www.amazementproductions.com.