Yeehaw!  Great gettin’ back in the saddle to kick off the county fair season at the Canyon County Fair in Caldwell, Idaho.  Weather was sunny and warm with temperatures in the high 90s, so I was very glad to be performing under the shade of a large tent.  (Still not sure if the huge audiences were there to see me or just get out of the sun!)

This was my second year in Caldwell for the Fair.  See photos and more from the 2013 Canyon County Fair. 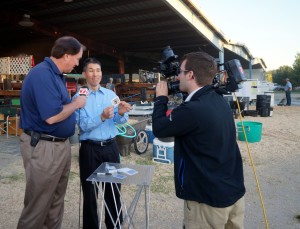 The first day of the fair started out early with a 6:30 am interview with Larry “the Cable Guy” for KTVB.  Later I also did some guerrilla magic on the fairgrounds with innocent bystanders for KBOI TV. 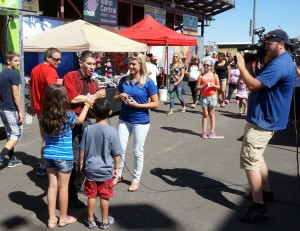 More promo with KBOI TV on the midway at the Fair

My buddy Alex Zerbe – who also lives in Olympia! – wowed everyone with his outrageous stunts, feats of skill, dancing, rap, and more. He is the one and only Professional Zaniac. Check him out at www.alexzerbe.com.  The grandstand concerts and rodeo drew thousands of people each evening to the main arena.  Other acts on the entertainment stages included a Boise jump rope team, musicians, a fashion show, hypnotist Ralph Maxwell, and more.

I was especially excited to finally see the Rhinestone Roper.  I’d heard his name in the past, but never worked with him or seen his act.  In addition to trick roping and his trained pony Star, his signature piece is throwing knives at his fiancee who is strapped to a huge whirling circle of plywood.  Yes, it’s real and yes, the wedding is still on! 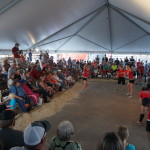 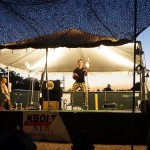 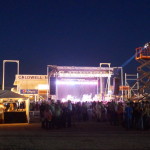 Thousands of people came each evening for the grandstand concerts 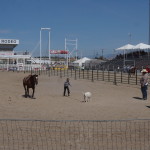 It was a hot day for calf roping. These kids rock! 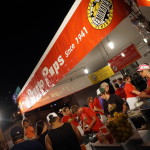 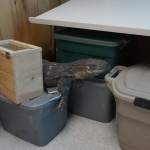 “Mr. Houdini” was constantly escaping from his carrying tub. 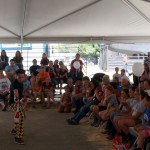 Entertainment Coordinator Rico Weisman with Boise Arts and Entertainment who has been with the Fair for many years and has the stages dialed in. – See more at: https://amazementproductions.com/2013/07/canyon-county-fair-magic/#sthash.Wzv05s2B.dpuf

Thank you to Entertainment Coordinator Rico Weisman with Boise Arts and Entertainment who has been with the Fair for many years and always has the stages and entertainment running smoothly.

If you’re in western Washington, come see me at the Pierce County Fair on August 8-9-10 in Graham. I’m doing shows all three days (strolling only on Sunday). And, the rest of my public magic shows for this summer is online. Say hi if you’re able to attend!  And, be a fan on Facebook for updates