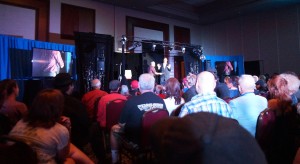 My first Pacific Coast Association of Magicians convention was held in Calgary, Alberta in 2997.  (I won the “Bag of Tricks” competition!)  It’s become my favorite annual convention since then, as I think I’ve attended each year except one.  (See my reports from the 2013 PCAM in Burbank, California and the 2012 PCAM in Seattle, Washington.) 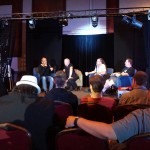 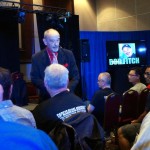 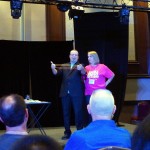 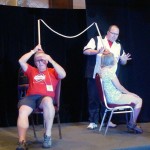 YOU caption this! (Trent Tinney performs in the Comedy Competition 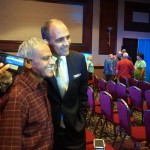 Photo of Gregory and his mark 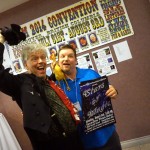 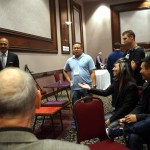 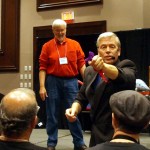 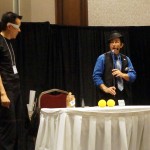 This year’s convention was held in Coquitlam, just outside of Vancouver, B.C.  Typically there are a several performers brought in to perform and lecture.  This year my favorites were Dan Harlan (close-up, stand-up, and rubber band magic) and Gregory Wilson (stand-up comedy, close-up sleights of hand, and a hilarious pickpocket act).