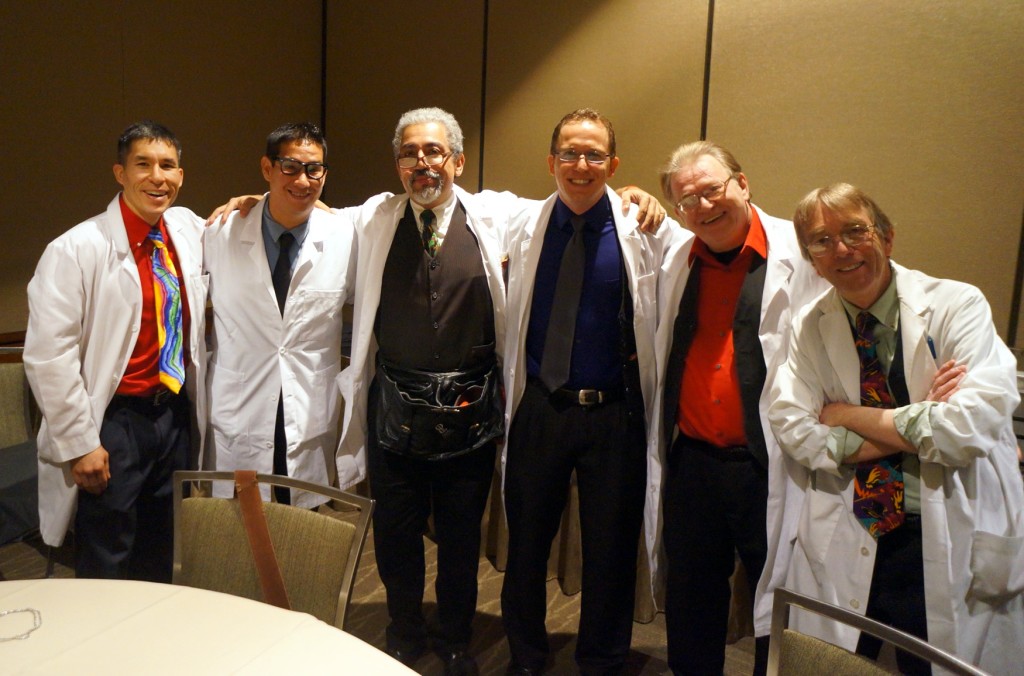 Normally I am the only entertainer for the event.  I may work with a DJ or caricature artist, but it’s unusual for a company or organization to have a variety act with multiple performers.  Last night I performed with five – yes, FIVE! – other magicians.  It was like a class reunion getting to see other pros that I rarely see.

Two thousand engineers, physicists, and scientists attending the IEEE Nuclear Science Symposium and Medical Imaging conference descended on the Washington State Convention Center in Seattle.  The conference brings engineers and scientists together from around the world to share their knowledge and to gain insight and inspiration from others.

Our task:  show the conference delegates a great time in America and downtown Seattle.  It wasn’t hard, as everyone was there to unwind and socialize.  Magic was obviously a hit, as every so often a group of people would burst into laughter and applause in a different part of the ballrooms. 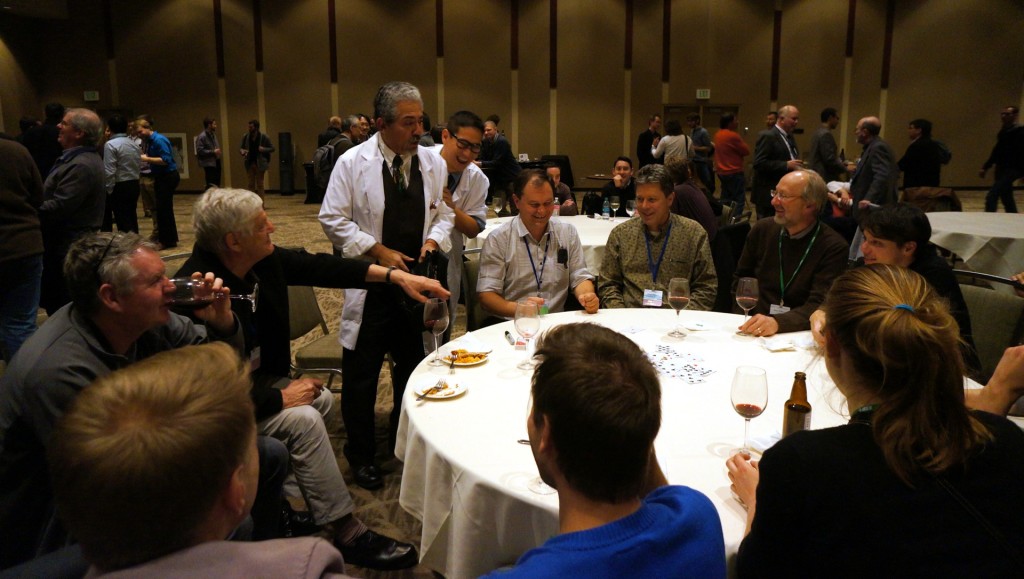 The audience didn’t stand a chance:  Ruben (left) and Louie tag-teamed this table, each one trying to one-up the other.

The Institute of Electrical and Electronics Engineers, or IEEE, is the world’s largest professional association for the advancement of technology.  This was NOT your typical audience, and not just because of the IQ level.  (Before the show, our event coordinator told us that many of the people we would meet had multiple doctorate degrees.  Woah.)

Most of the people I performed for were from other countries.  All spoke English, some better than others, and it was neat meeting people from Russia to South Korea to France and Germany… and trying to pronounce their names! 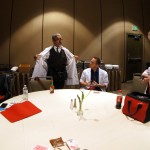 Lock and load: performers getting ready in the green room 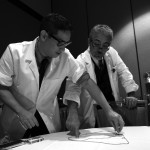 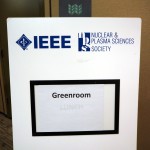 Nuclear and Plasma Sciences Society – I’m surprised they even let us in! 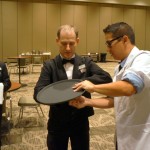 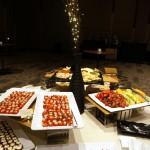 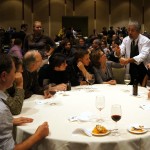 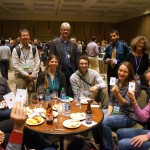 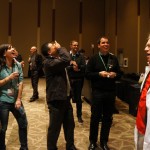