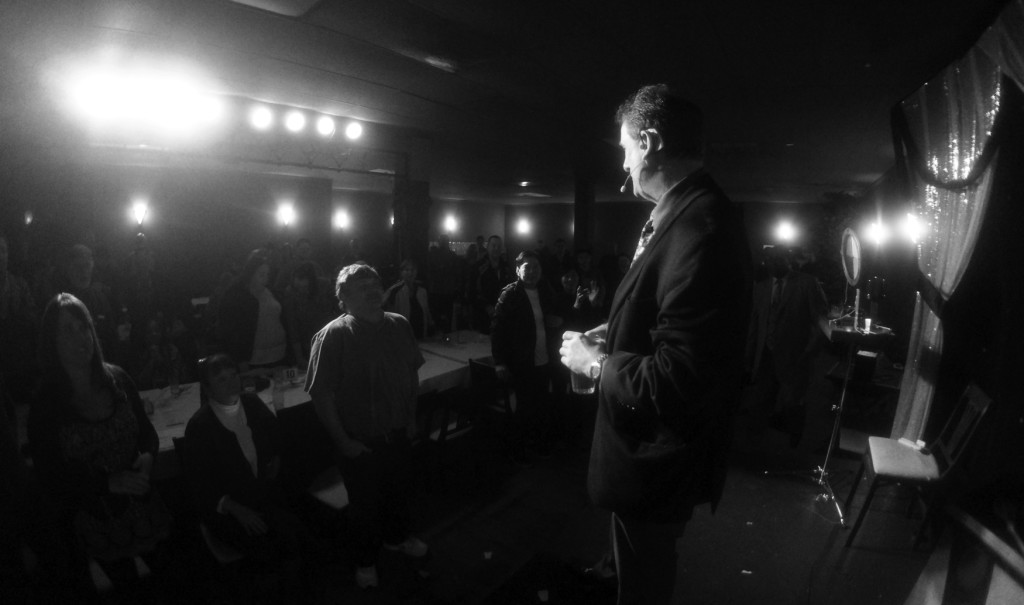 About five+ years ago a Seattle magician named Tony Comito began producing a public show at Egan’s Ballard Jam House.  It was successful and, over the years, featured most of the working magicians in the area.  Tony moved south to warmer climates, and magician Tim Flynn took over around 2013-ish.  I performed at the Jam House and it was, in fact, jammed with people!  It was  a relatively small space and seated about forty guests.  However, it became more work to fill the space with enthusiastic audiences so Tim decided to tinker with the formula.  Now in 2015 the show features several of Seattle’s best magicians over the course of the year. 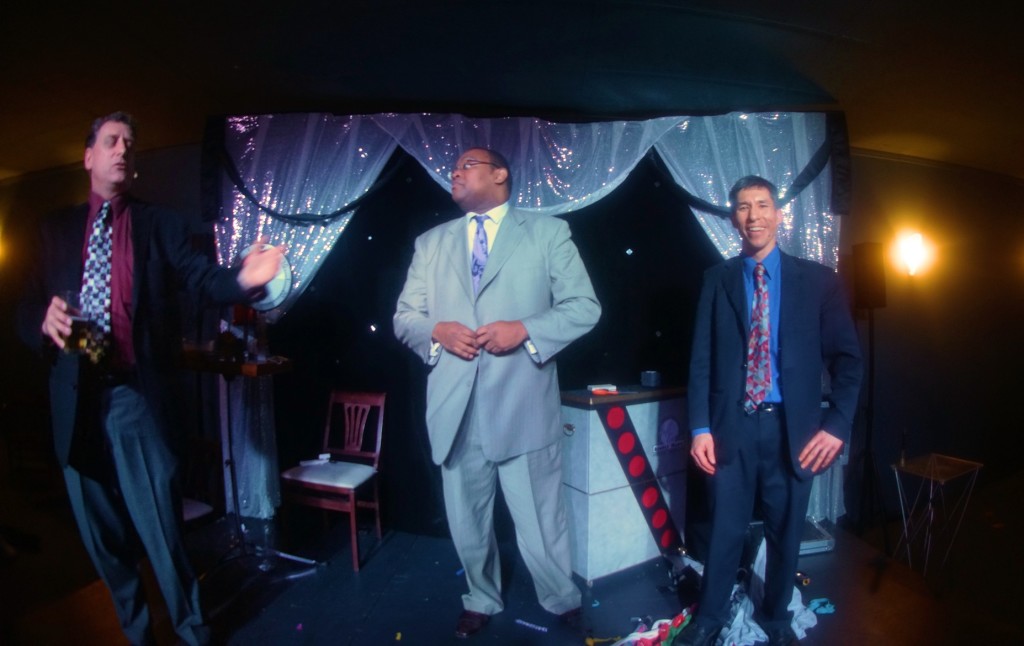 Flash forward to the present:  The Illusion Factory is the brain child of magicians Andrew Jensen, Jay Boiselle and Tim Flynn.  Andrew Jensen has been quietly perfecting his magic skills over the past few years and wanted to be part of a larger show and see more magic out in the local community. Jay Boiselle is the owner of Seattle Juggling & Magic Shop and has had a long time interest in magic and seeing magic grow as an art form.  Tim Flynn books the talent and acts as emcee for each month’s show.  Each year, many of Seattle’s best magicians are featured in this show that varies from month-to-month. 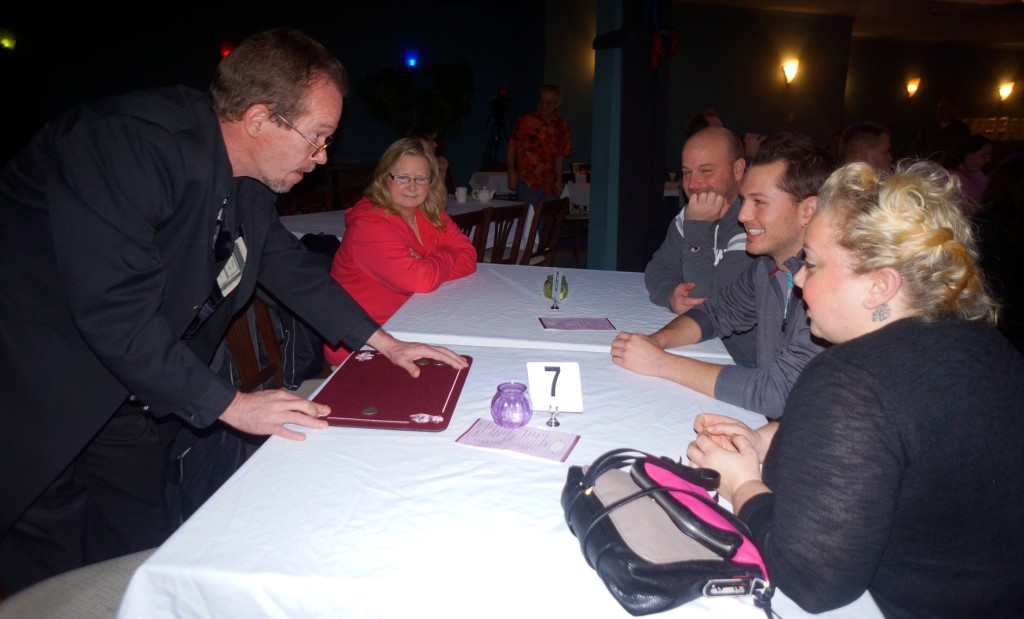 In addition to two featured stage performers, several top close-up magicians perform prior to the show.  Steve Dobson is the “resident” master of close-up magic, and if you have the opportunity to watch him, he will fool you.  It’s a rare treat for me to be completely taken in by magic, and Steve does it time after time.  I bet there were five close-up magicians working tables that night, so if you attend you’re pretty much guaranteed to receive a personal performance just a few feet away.  (Done right, this is always my favorite style of magic to experience!)

As I took the stage that evening, I realized something special:  everyone in the room had paid money, driven across town, and made room in their schedule to enjoy a magic show.  That says a lot; people were there specifically to enjoy experiencing a live magic show.  Needless to say, a good time was had by all!

Contact Jeff Evans with Amazement Productions for great entertainment for private parties and corporate events in the Seattle area.  Call toll-free (877) 412-5064 or send e-mail to jeff[at]amazementproductions.com.