“Magician Jeff Evans, with his interactive presentation, was perfect for our organization! He is entertaining, charming and involves the audience in his amazing feats of magic. We recommend him unconditionally!”
-Dick Decima, Secretary, Lynden International Lodge No. 56 F. & A. M. 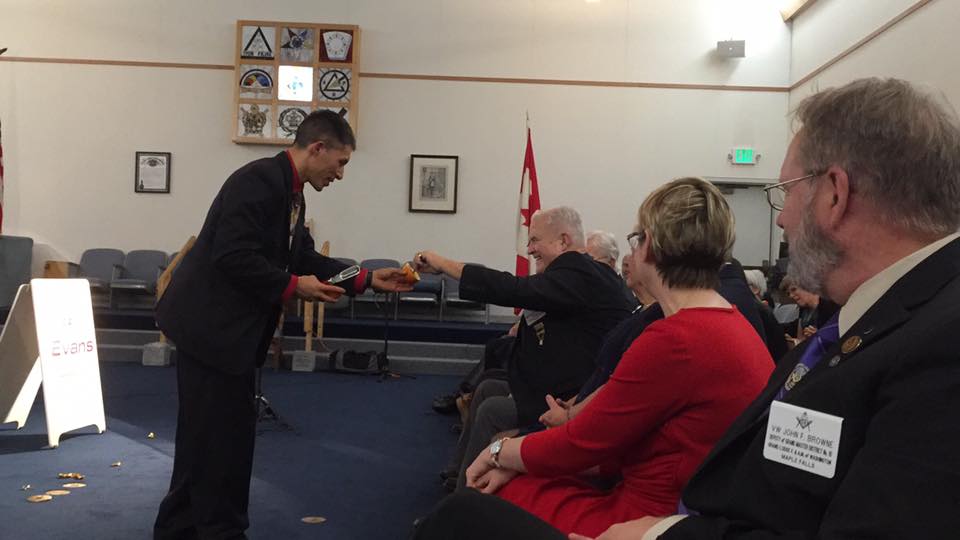 I entertained for the Lynden International Masonic Lodge # 45 F. & A. M.  Masonry is an unbelievably old organizations that arose from the stonemasons’ guilds during the Middle Ages. The language and symbols used in the fraternity’s rituals come from this era. The oldest document that makes reference to Masons is the Regius Poem, printed about 1390, which was a copy of an earlier work.

Freemasonry became very popular in colonial America. George Washington was a Mason, Benjamin Franklin served as the head of the fraternity in Pennsylvania, as did Paul Revere and Joseph Warren in Massachusetts. Other well-known Masons involved with the founding of America included John Hancock, John Sullivan, Lafayette, Baron Fredrick von Stuben, Nathanael Greene, and John Paul Jones.  Legendary magician and escape artist Harry Houdini was also a Master Mason.  Learn more about the history of the Masons.

Freemasons are famous for their secrets (especially if you believe Dan Brown’s fictional books The DaVinci Code and The Lost Symbol), so I was excited to be part of their annual “Hands Across the Border” banquet held at the Bellingham Masonic Lodge.  True to the title, there was a strong showing of Canadian Masons attending. 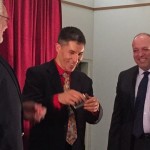 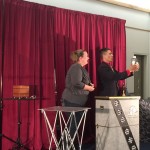 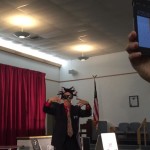 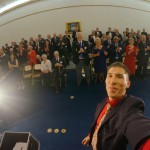 Thanks to Sharon Galloway and LiveWires Entertainment for booking me for the event.  The photos are compliments of Tiffani H. 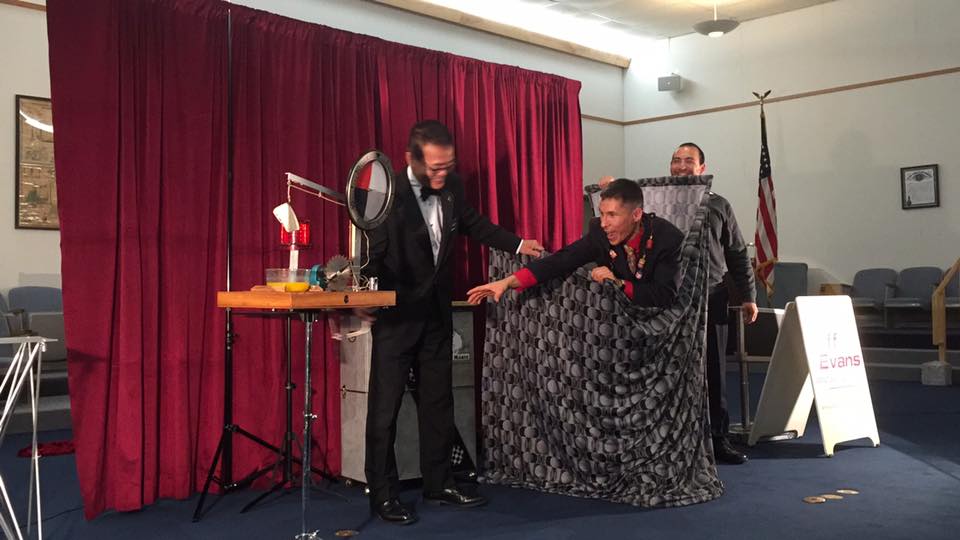