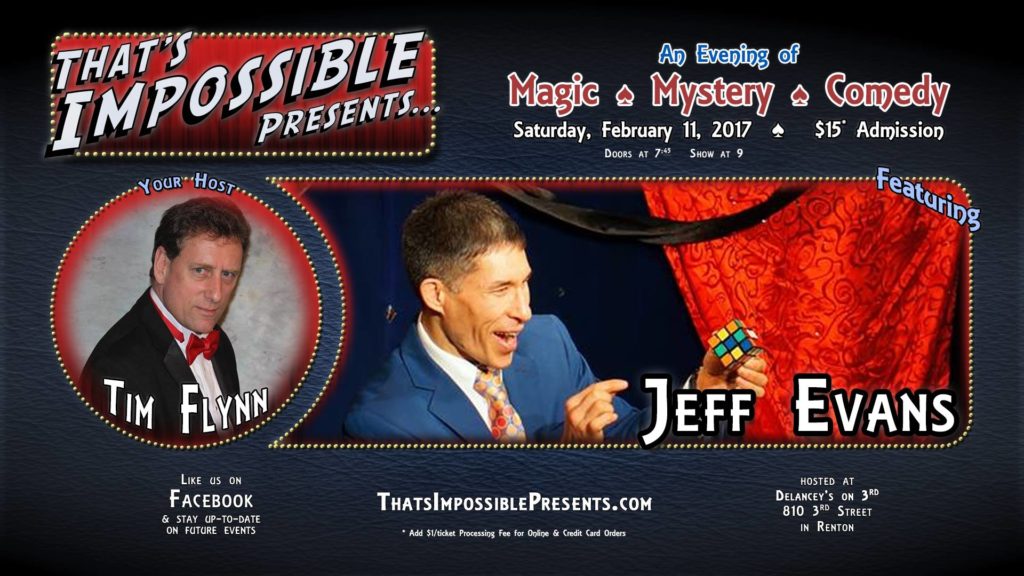 Tim Flynn has been producing monthly magic shows at Delancey’s on 3rd in Renton for several years now.  It’s the area’s longest-running public magic show.  Bravo, Tim!  This was, I believe, my third time performing for the event at the Renton location.  (Prior to this shows were held in Ballard, where I performed once also.) 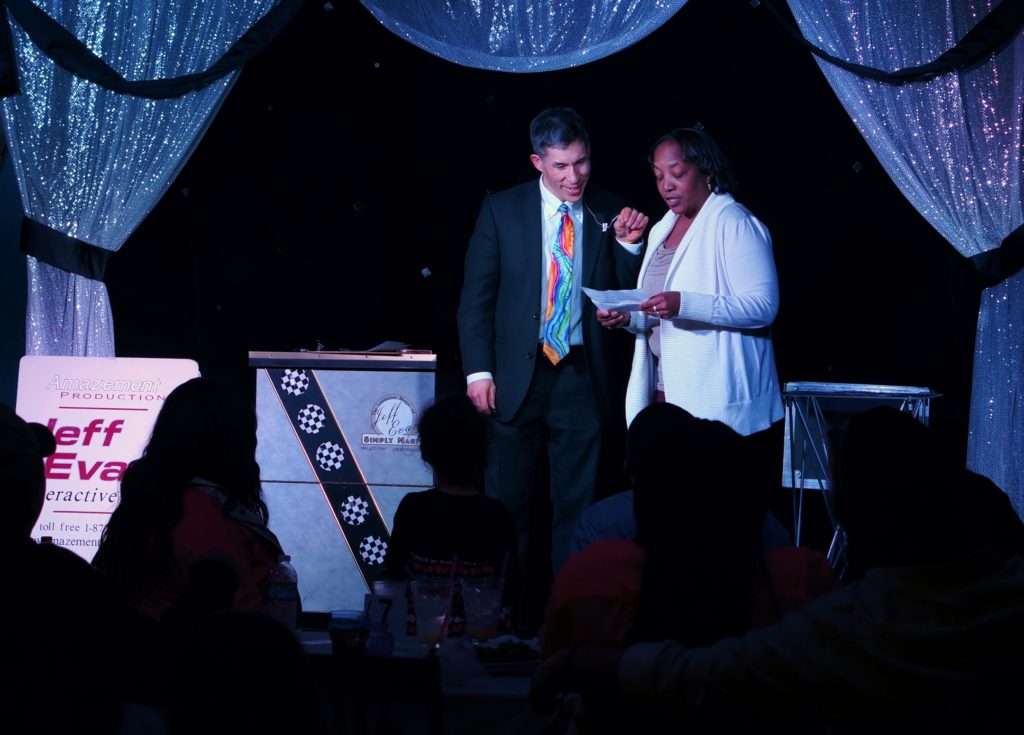 To learn more about adding magic to your event in Renton, Tacoma, Seattle, or beyond, call Jeff Evans toll-free (877) 412-5064 or send e-mail to jeff@amazementeproductions.com.